Will it soothe movie starvation? 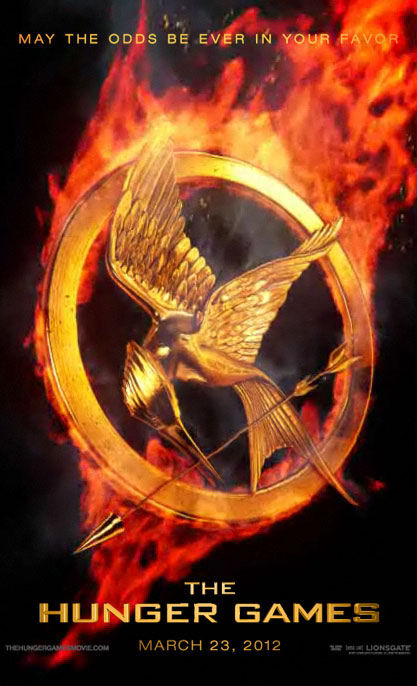 After the release of Harry Potter and the Deathly Hallows (part 2), mourning HP fans were left depressed and bewildered as they contemplated a future without Harry. However, there may be a glimmer of hope on the horizon for these lost souls.

Suzanne Collins’ The Hunger Games was a best seller book that steadily rose in the polls as the second and third books were released, completing the trilogy. Many HP fans immediately jumped on this exciting new epic, hoping for something to fill the gaping hole left by the end of their beloved series.

Junior Hannah Bonestroo says, “I just love midnight premieres, and this is next on the list! Look for me in my fiery, flaming tribute costume!”

For those of you that aren’t crazed fans yet, The Hunger Games is a story set in a future where a dictatorial Capitol selects a boy and girl from twelve districts to fight to the death on live television, this event being the Hunger Games. The story follows 16 year old Katniss Everdeen, who volunteers to take her younger sister’s place for the latest match.

Jennifer Lawrence has been casted to play Katniss, even though she is four years older in real life.

According to author Suzanne Collins, who has been working closely with the film directors, “Jennifer was the only actress who truly portrayed Katniss the way I wanted her portrayed.”

The movie is scheduled to be released on March 23. Though hype for the movie is on the rise, skepticism still abounds in regards to how good the movie will actually be. “Nothing is going to be as good as Harry Potter,” says junior Spencer Oh. “I don’t really see what the craze is about.”

Whether you’re a fan, Harry Potter hopeful, or cynical critic, one thing is sure- this movie will be filled to the brim on opening night, so be sure to make plans early!