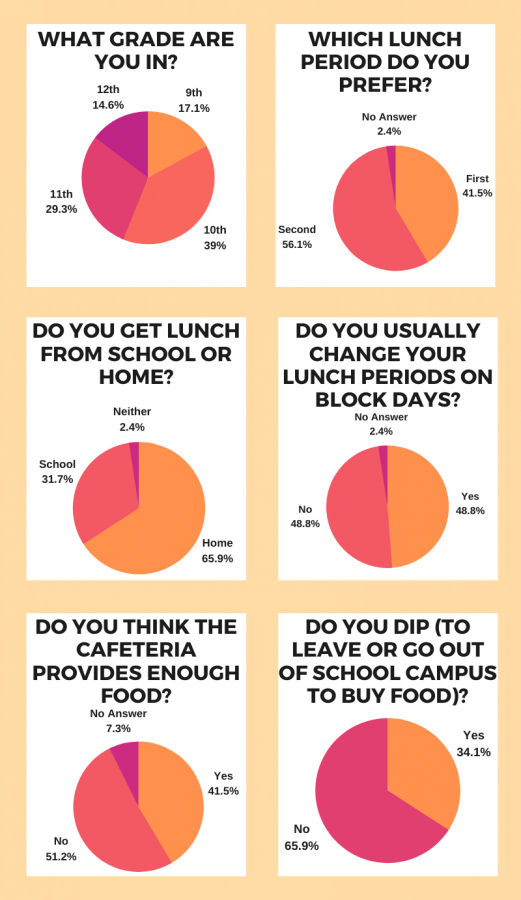 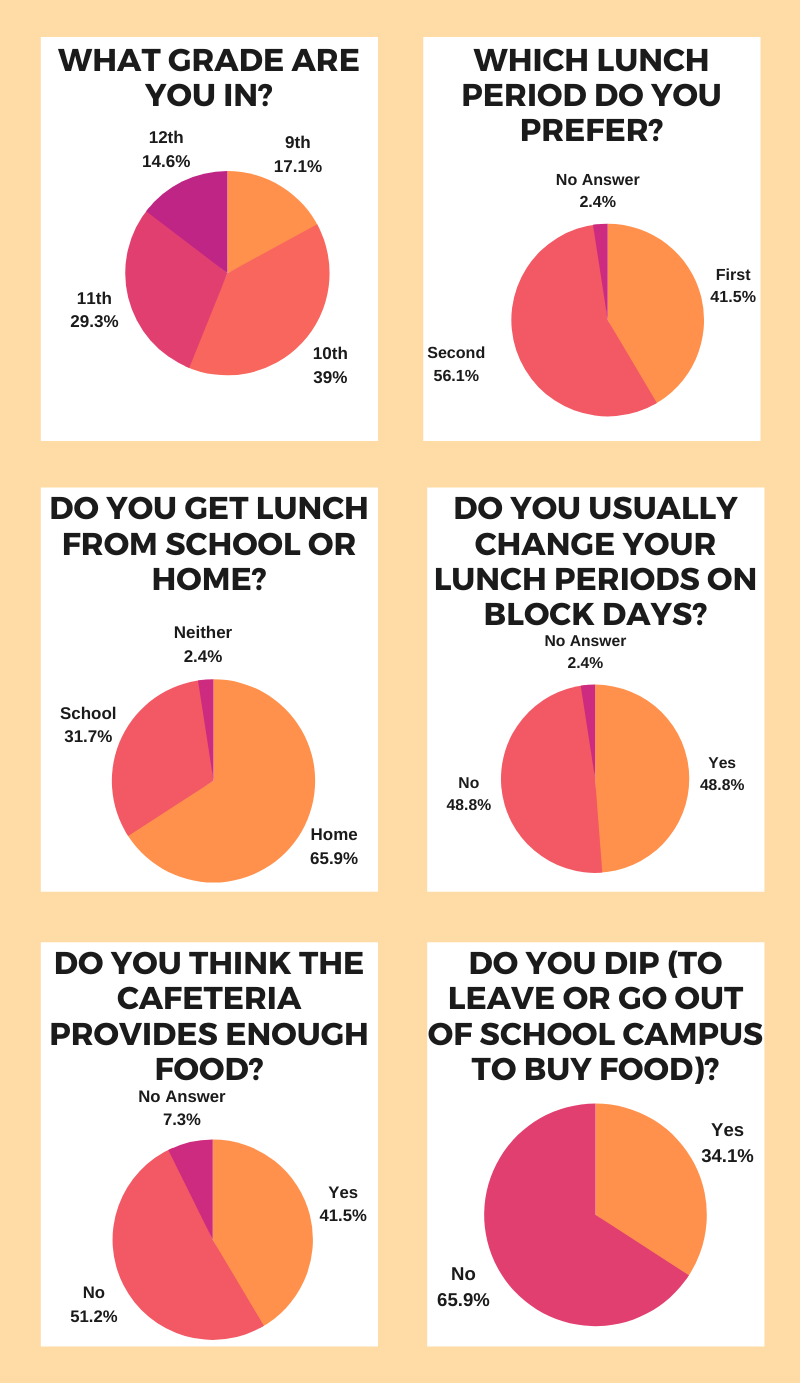 Lunch. School lunches, to be more specific, is where students come in after class, eat, chat, and probably finish to leave the cafeteria. They go to their next class and continue on with their day. Ames High School lunches are no different from any of the thousands of public school lunches, though they’ve been organized into two sections. Splitting the student body to go in either lunch periods based on the 5th period (Tuesday, Thursday, and Friday) and the 6th period (Wednesday) of their classes.

According to a survey, 57.5% of 41 students prefer second lunch compared to the first lunch, which had a preference of 42.5%.

“I like how second lunch is quieter and less busy than first lunch,” wrote student 9, “But when I have it on block days we have to eat really late, which is inconvenient.”

The uneven divide explains why students prefer second instead of first. Considering how there are about 1,500 students in Ames High School and the maximum amount of people that the cafeteria can withhold is 696, the first lunch being known as ‘busy’ can indicate that it can be a bit crowded. There should be a way to organize this to have a more equalized number of students in both first and second lunch. Like, splitting the amount if classes going into the lunch periods. There are 16 subjects they can split equally to 8 individually, having a partially equal amount going in both periods. Or at least it could work unless there could be a huge amount of students in a particular subject that prevents this to happen. Or maybe they could split the halls by how far they are from the cafeteria, the ones closest could be declared as first lunch, with the farthest being second.

“I like how second lunch is quieter and less busy than first lunch, but when I have it on block days we have to eat really late, which is inconvenient.” ”

There are some solutions, the problem is, is it that big of a problem? With the growing number of students that cause overpopulation in classrooms and tough scheduling, it’ll probably decide if the cafeteria has enough food to feed their students. 55.3% of 41 responses agree that the cafeteria does not provide enough while 44.7% disagree. But that is only it. If there were more of an impact in the food being surveyed to students, the percentage would’ve been much higher instead of it being nearly half that agree and half disagree. Even though not ¼ of the student body answer the survey, responses show that there have been days where there wasn’t enough food for all of them. Not to assume that the cause could be first and second lunch, but it remains a possible reason.

To say it simply, Ames High needs to be more organized when comes to dismissing classes to lunch. It might shorten some of the minor problems that students seem to have for lunch and can help lessen the amount of them that comes into the cafeteria, but it’s really helpful to those that are uncomfortable or feel discomfort towards the crowded cafeteria.