Keep Laura Emery in your Memery 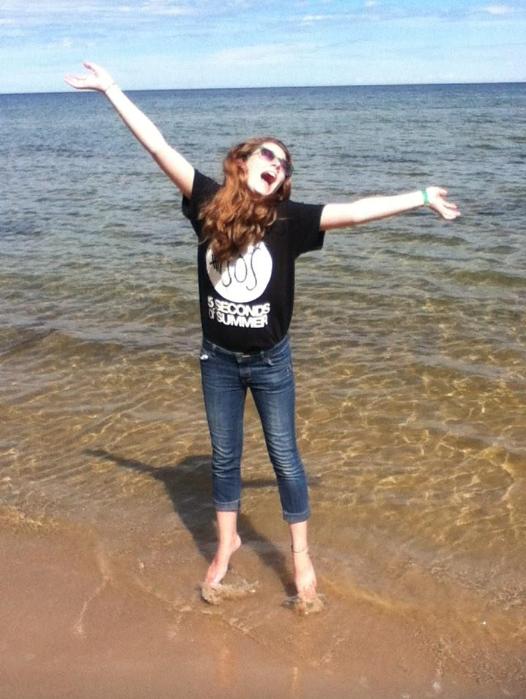 From Lambeau Field, to the practice field, to the marching band field, freshwoman Laura Emery has a life full of music, boy bands, and travel.

“Liam is my favorite because his voice is on point, and he’s very attractive,” remarked Laura on her favorite One Direction member.  She is also a fan of 5 Seconds of Summer.

In band, Laura plays the flute, but she’s not a flower. In fact, she’s 50% German and 50% Dutch. She said, “If you’re not Dutch, you’re not much.” Her favorite section in marching band is obviously Drumline.

She confesses, ”Drumline is really cool and the band wouldn’t be the same without them.”

She said, “I love marching band because since we have such a big band, when we march during parades, you can hear people saying ‘Wow they just keep coming,’ and it’s cool to see people’s reactions to something that everyone’s been working on for a long time.”

After homecoming parade had finished their route, an older woman said to her, “You have no idea how much joy you bring people,” and Emery said, “[The woman had] tears in her eyes, and that was by far my favorite moment of marching band.”

Laura is one of the biggest Green Bay Packers fans you’ll meet, and her favorite player is Jordy Nelson. She even learned to drive at Lambeau Field. While she was driving, a cop came up to the vehicle she was driving, only to tell her and her family where good photo opportunities were.
So if you ever want to hear good music or talk about how ugly Aaron Rodgers’ beard is, Laura Emery should be the first person to to pop into your memery.