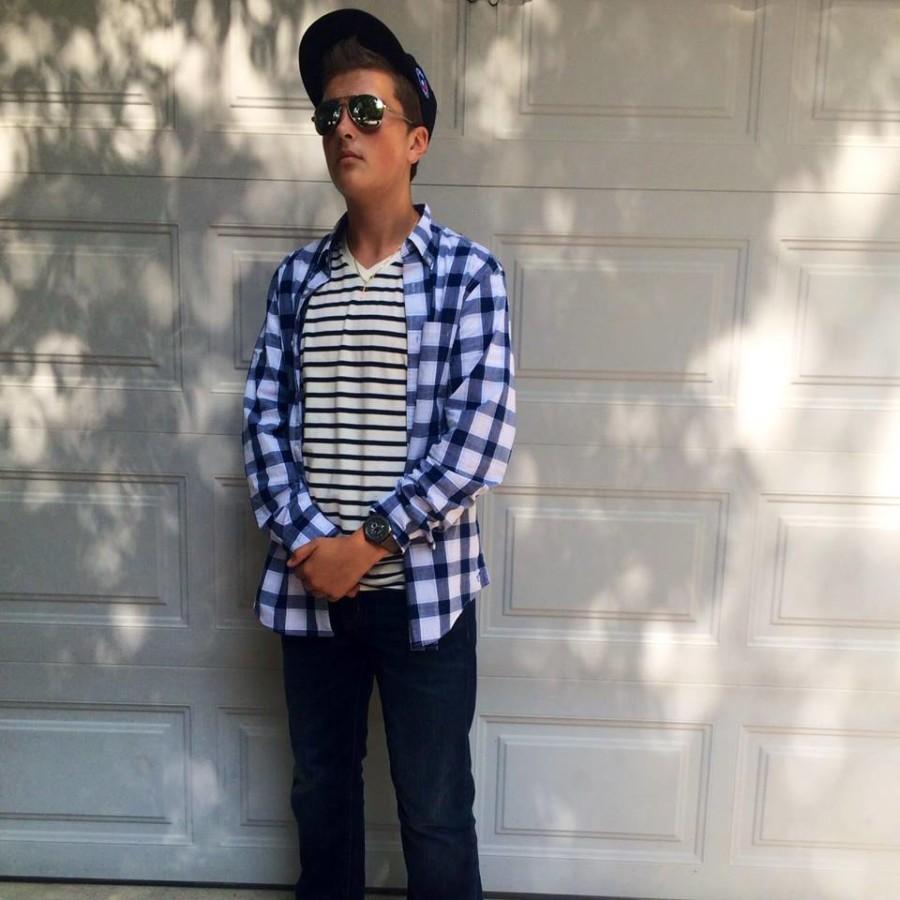 Many Freshman go through a bit of a culture shock in their first year on the campus of Ames High. However, young Andrew Burras is not that guy. A musician and athlete, he’s a well rounded kid that not only has fun being a student but also has a lot of stuff going on outside of the hallways of AHS, and he’s handled it all with aplomb.

When asked about life as a student, Andrew said “I like that the teachers treat you more like an adult than in the middle school… My favorite class is Geometry with Mr. Hill, because he’s a really nice guy and he’s a great teacher.”

He also said he’s had a lot of fun with events. “It was fun going to some of the games this year and sitting in the student section and really getting pumped up for games this year.”

Being involved is something that most all underclassmen are told multiple times, and Andrew has certainly taken the advice well. He’s been in band and orchestra all year and is now gearing up for soccer in the spring. With international superstar Neymar being his favorite player and the powerhouse club Manchester United being his favorite team, you could say that soccer is a sport that he is intrigued by greatly. “I look forward to keep playing soccer and hopefully make the varsity soccer team…in the coming years.”

Andrew has also enjoyed the transition to high school at home as well, saying that he likes that his family “supports me in everything that I do and that they get behind me one hundred percent.”

With hobbies of drawing and longboarding to keep him occupied in his free time, Andrew comes off as a really mature and cool kid when first meeting him. He’s also quite practical and would take “a knife, water purifying kit and a sleeping bag” if left on a deserted island. Maybe it’s just the rugged Boy Scout inside him talking, but Andrew is definitely a freshman with experience beyond his years.