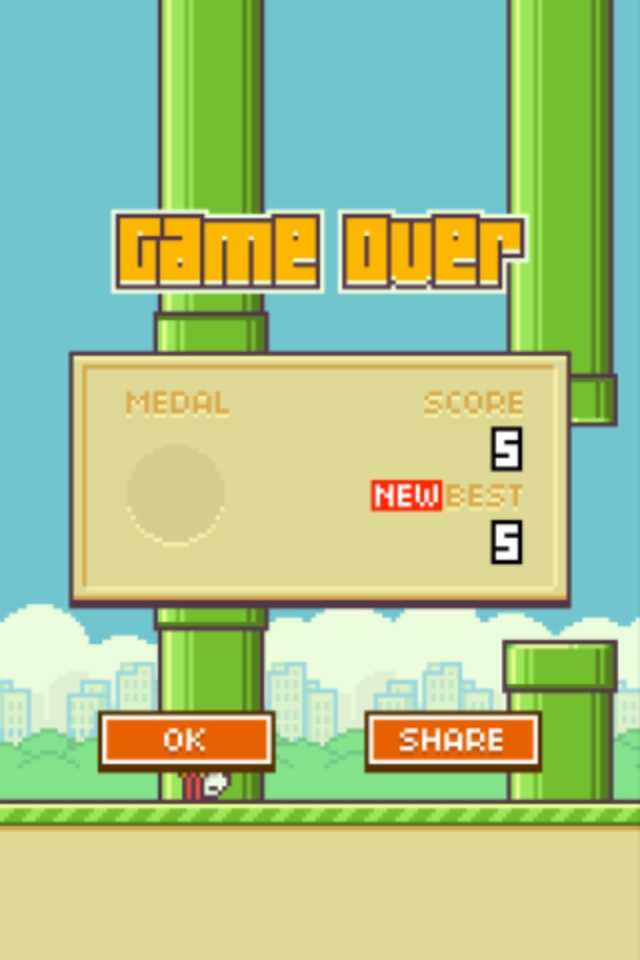 If students were observed in the Ames High School cafeteria during lunch, it would be little surprise that many of the students on their electronic devices would be playing the game Flappy Bird. This game, in the past couple weeks, has become addictive for some, but is no longer available for purchase in the app store.

The game of Flappy Bird consists of touching one’s finger to the screen to make an animated bird “float” as they try to navigate through pillars of varying heights. Some say it is hard, some say it is easy: while my high score is 4, junior Makenna Petersen’s high score is 115.

“I usually play one game and then rage quit,” Petersen says, alluding to the game’s frustrating aspect. If anything, the game does teach perseverance, if not a tiny bit of thumb-eye coordination.

Kenzie Putz, also a junior here at Ames, has not founded particularly strong opinions on the game either way. She is not intrigued by the concept of guiding a pixelated generic bird as it flies through pillars with an unchanging blue background. “I tried it three times and I got [the score of] 1, then I stopped,” said Putz

Because it doesn’t take much brain power, Petersen only plays it “when I think I will spontaneously combust if I have to be bored for one more second,” she said. “[Or] because sometimes Netflix loads slowly.”

However, the game is no longer available for download at the app store. Creator Dong Nguyen, according to Newsweek, simply does not want the chaos anymore. If you would like to get the app if you have not downloaded it before this date, also according to Newsweek, an iPod with the app can be purchased on eBay for 5 or 6 thousand dollars.

Next thing you know, the population of the world will become obsessed with another mindless app to play at lunch tables. When asked what she thinks about the individuals who play the game often, Putz said, “They’re dedicated.”