In memory of Mr. Brent Helmkamp 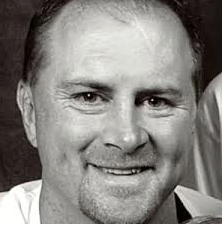 Ames High teacher Brent L. Helmkemp, 46, of Ankeny, passed away at home on Sunday, April 27, 2014, after a courageous battle with cancer.

Brent was born October 27, 1967, in Fort Dodge, Iowa. The son of John and Teresa Helmkemp, Brent grew up in Coalville and graduated from Fort Dodge Senior High School in 1986. He was a three-time  Iowa High School State Wrestling Tournament qualifier and a state champion his senior year.

Helmkamp received his B.A. in English from Drake University in 1991. While at Drake, he was NCAA Wrestling Championship national qualifier. In 2012, he was inducted into the Fort Dodge Hall of Fame.

Helmkamp met the love of his life, Sherry Pederson, in the 7th grade at South Junior High; they married on June 8, 1991. They began their married life together in Urbandale before moving to Ankeny in 1999. They were graced with the birth of their two sons, Alec in 1998, and Jackson in 2003.

Helmkamp’s passions included wrestling, teaching, mentoring students, and coaching various sports. He loved following the Chicago Cubs, the Iowa Hawkeyes, and the Minnesota Vikings. Brent lived life to the fullest with an optimistic attitude and always saw the good in others. More than anything, Brent valued and loved his family and friends.