Brothers and sisters across the seas: Spanish students come to Ames High 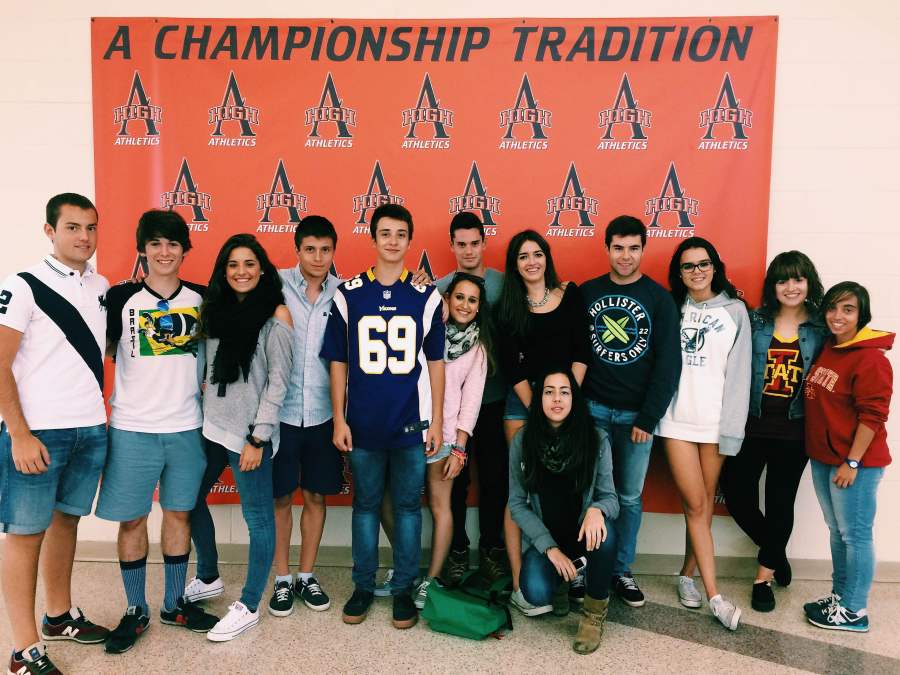 On Saturday, September 6, Ames High host families waited patiently at the Des Moines International Airport to pick up their sisters and brothers from across the seas in Spain.

Spanish teacher Mrs. Billings explains that “Ames High Spanish students volunteer to be hosts during May of the previous year and are given a list of names and interests of the students before they arrive.” She further elaborates that “the purpose of the exchange is to not only give students an opportunity to practice their foreign language skills, but also to experience and live the culture of the respective country.”

Many activities have been planned by Spanish teachers Mrs. Billings, Mrs. Deam, and Mrs. Dunkin, including shopping trips to Jordan Creek and Mall of America, a Living History Farm tour, and ice skating. While Ames High students were waiting in anticipation, the Spaniards were simultaneously nervous and ecstatic to immerse into the American culture for three weeks.

With the city of Segovia having a population similar to Ames but smaller in geographical size than our Midwestern town, the Spaniards experienced a smooth transition between their old and new homes. One of the Spaniards, Noah, said that his first impression of Ames was that “everyone is so nice to you.”

Many of the Spaniards enjoyed Ames High’s school spirit, which was well-presented in this year’s Homecoming week. Homecoming was a novel cultural experience for the Spaniards, as Patricia says “homecoming was amazing because there are no dances or parties hosted by the school in Segovia.” They were amazed that the school not only hosts academic opportunities but many social events as well.

For closing remarks, Diego says that “my favorite part of this trip to the United States was the food. El Azteca, the Café, and B Bops… they’re the best!” Diego shares that “I recently had dinner with Mark Milligan’s family, my previous host family.” Just as Diego came to Ames for the second time, Ana nostalgically expresses that “it was a fantastic experience and we won’t forget about it. If we can, we will try to come back.” The Spaniards miss Ames, as they departed early on September 24th to travel to New York for two days, and they cannot wait for Ames High students to come to their Iberian home for the next Spring Break.