Did Kris Kross make it into the musical? 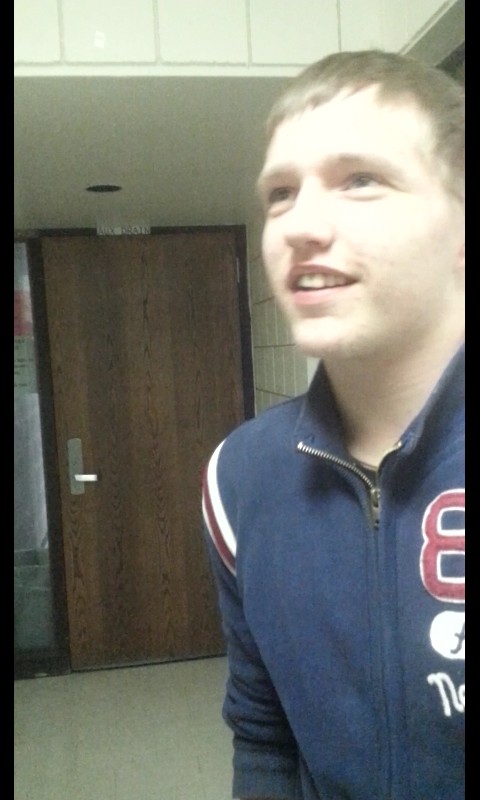 Energetically pacing the hall and chatting with fellow auditioners, junior Kris Kross is trying to manage his nerves while simultaneously getting hyped up for his audition for Ames High’s winter musical, “Once Upon A Mattress.”

“It’s always nerve-racking because there are people who won’t make it in,” he says. “I made it last year, so I’m ready for it this year.”

The auditions are a two-step process. First, Kris and the three other members of his group enter the chorus room to perform a memorized excerpt from the script. A panel of judges assesses how well the stage-hopefuls can sing and act their part. Kris remains optimistic of his chances after this first stage of auditioning, saying that he “totally rocked” the acting portion despite only doing a “pretty good” job of singing.

The next step in the process is the dance audition. After another brief wait, Kris and his group are called onto the auditorium stage where senior Alexa Cross teaches them the beginning steps to a very complicated Spanish dance with arm flairs and leg kicks. After around fifteen minutes of step-by-step demonstration by Alexa, she takes her seat and watches as the group attempts to perform the dance without using her as a reference. Few excel at this difficult task, but all manage to keep a smile on their face, including our man Kriss Kross, who took the dance in stride.

“I loved the dance, but it was really fast. I was not expecting it to be that fast,” he says. “But I loved the audition [and I’m] feeling confident.”

At the publication of this article, the audition results have been released, but the WEB declines to comment on whether or not Kris made it. If you want to know for yourself, join the crowd this upcoming February and grab a front-row seat to Ames High’s newest musical production, “Once Upon A Mattress.”