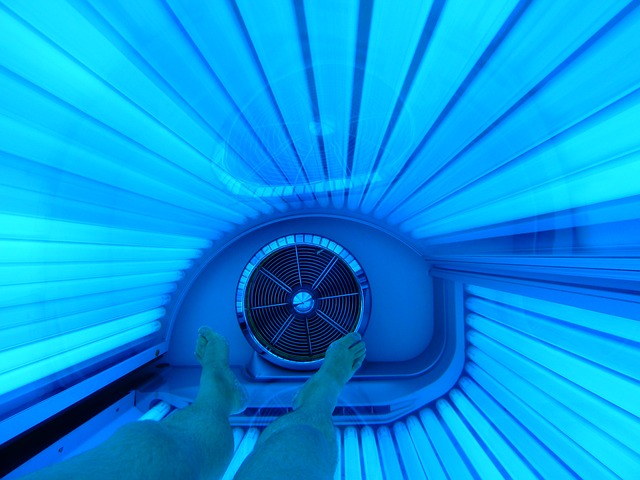 Throughout the halls of Ames High you can see tanned skin all year ‘round. Even in the depths of winter, bronzed-orangey skin can be spotted. Sadly, in the winters of Iowa the sun doesn’t shine enough to even get even a little tanned and currently tanning beds are all the rage. Many people don’t understand the dangers of fake tanning, and because of that, Iowa is proposing a law to forbid minors from indoor tanning.

The proposed law on indoor tanning would require all commercial tanning facilities to have clear warning signs posted about the dangers of tanning. This bill has been introduced in the House and the Senate, and currently is being referred to subcommittees. The beginning of this prospective ban was in Ames, where local dermatologists were becoming increasingly concerned about the effects of excessive tanning.

Tanning beds can lead to allergic reactions, premature aging, immune system suppression, eye damage and cancer. People who tan indoors are more likely to have Melanoma  than outdoor tanners by 75%. Tanning beds emit up to fifteen times more UV radiation than the sun. Every year users of indoor tanning become younger and younger. Many start at the age of 13, while over a third of girls aged 17 use them, according to skincancer.org

Limiting tanning in minors is not a revolutionary idea. Many states including: California, Delaware, Hawaii, Illinois, Louisiana, Minnesota, Nevada, Oregon, Texas, Vermont and Washington have banned the use of ultraviolet tanning devices by anyone under age 18. Also, at least 41 states regulate the use of indoor tanning for minors.

Many teens are against this law knowing that they may not have the perfect bronze for prom. Or worried that they could be the dreaded “pale” during the winter months.

“I understand why they are trying to pass it. But I think that the current law that allows minors over 16 with parental consent is fine, because it’s up to each individual household how they would handle their teen’s desire to tan. It’s nice as a minor to be able to tan before an event like prom when there’s not a whole lot of opportunity to tan outside due to the weather,“ said senior Eryn Huff.

Along with teens, many tanning salons are becoming increasingly worried about their customers, because the under 18 age group makes up a massive amount of their client list, and many families believe that it should be up to them to decide when, and if it’s ok for their teen to tan.

People that use indoor tanning need to be aware of the risks that they are taking and decide if what they are doing is worth the temporary darker skin, but in the long run can have horrible consequences. The tanning bill has passed through two Senate committees and will soon be debated on the Senate floor.