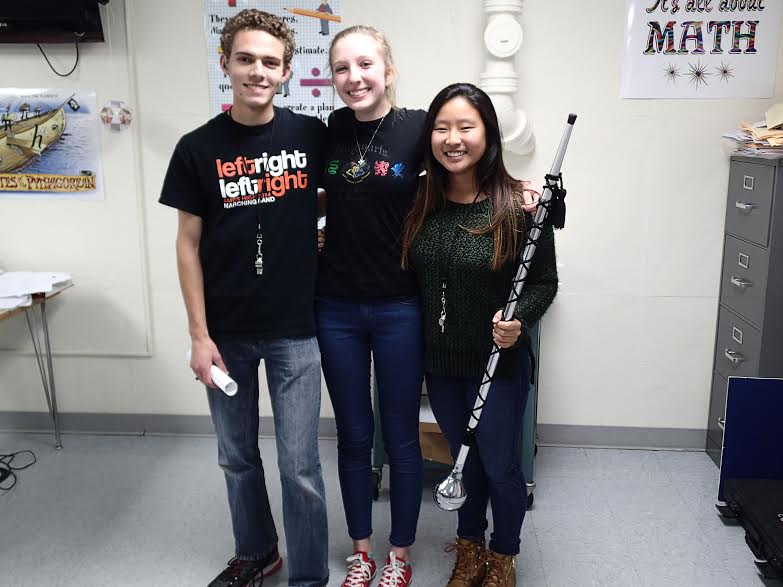 When asked about it, Peterson said she wanted to become a drum major because she knew Stephanie and Laura Graveline.

“They always would talk about being a drum major and it seemed like a lot of fun,” said Peterson.

She also was thinking about being a Drum Major so she talked to current Junior Drum Major Caleb Lister and he said, ‘yeah go for it!’ Let the record show her sister also encouraged her.

“The morning practices were made best by the people that were there. Maria, Aria and I came to be great friends in that short of a time. We were very close as a group. (group hugs)” she pointed out.

Being a drum major, you’ll have to be ready in the possibility that you’ll have to discipline your friends, but Kaitley has this all in order saying that she’s ready for it.

When asked what her worries were, she is afraid of only being able to run half a football field while twirling the mace. She finds memes overrated, but that’s whatever.

When the final results came out, and that she had won, a lot of people came up to her saying things like,

“I mean yeah I’d much rather read a book or have a Disney Movie Marathon, so I guess you could say I’m not much of a people person. However, I talked to so many new people once they found out I was the new drum major.”

Makenna, her best friend and sister from the same mister, was more excited than she was.

To close, Kaitley isn’t a brat. But if you see her on the podium, be sure to say hi after a show.