How to do Everything Well 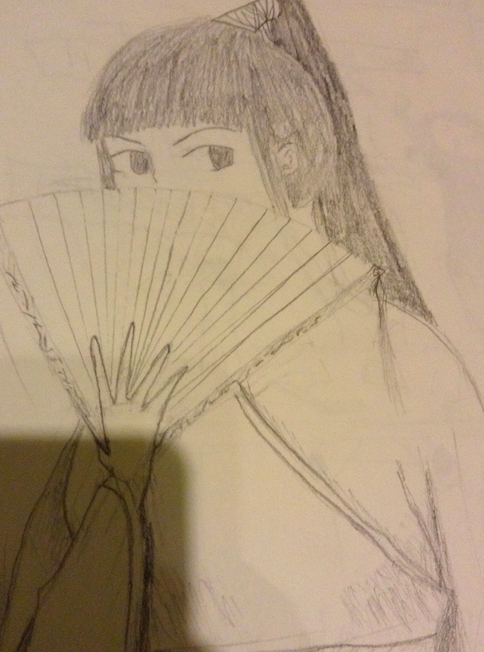 My art freshman year when I watched too much anime

For some reason, recently people have been telling me that I’m really good at writing, or that I’m better at drawing than they are, or that I’m a huge nerd.  That last one was my sister.  It wasn’t really unexpected.  The others, though, they keep coming as surprises.

It almost seems to me that these people can’t be serious when they say stuff like that, I mean look at it.  As I’m writing this all I’m getting struck by just how precocious it sounds, and yet it’s true to the last word.  People have actually said these things to me.

“I could never do that,” they say.  Well listen here because yes you can!  To all of you who have complimented me, first a hearty thank you, and second, to everyone reading this, I have been complimented and this automatically means I must share the secrets to my success.  You brought this upon yourselves.

Secondly, remember that you will have a very skewed view of what your early work was like.  I remembered most of my early artwork being of swords and dragons and things, and I remember it being decent enough.  No.  It was not.  I filled an entire sketchbook with wobbly pokemon drawings that are only saved by the fact that nothing can truly ruin a pikachu.  They were awful.  My early writing was even worse, and the only reason I haven’t burned every single journal I ever kept is because I wrote a pokemon cheat code in one of them and I can’t remember exactly which one.  I would read through them and find out where it is, but unfortunately looking at my old writing for any more than a thirty second period makes me throw up.

Gail Carson Levine says in Writing Magic, a book she wrote as a guide for young readers, that as a rule of thumb, you should keep everything you make for at least 15 years.  Compare your current stuff to your stories and art from a year ago, and you will see that you’ve really come a long way, and I think that goes very far in helping you improve because you see that you actually can improve.

Which is, incidentally, my last tip.  Focus on improving, not being perfect.  Can you draw hands right now?  Probably not.  Are they better than your hands from a year ago? If you’ve been practicing, then certainly.

And that’s what I did.  I practiced to the point where my sisters introduce me to friends as “Hermit Sister Who Won’t Come Out of Her Room Because She’s Drawing Probably But Could Also be Watching Netflix.”  Over the summer I bought a drawing tablet to hook up to my computer, and I sat in front of that monitor for four hours straight three days a week.  So if you want to improve, you’ve got to stick to your slogan.  “Just do it,” you foul copyright infringer.