Voting Does Matter, Trust Me. 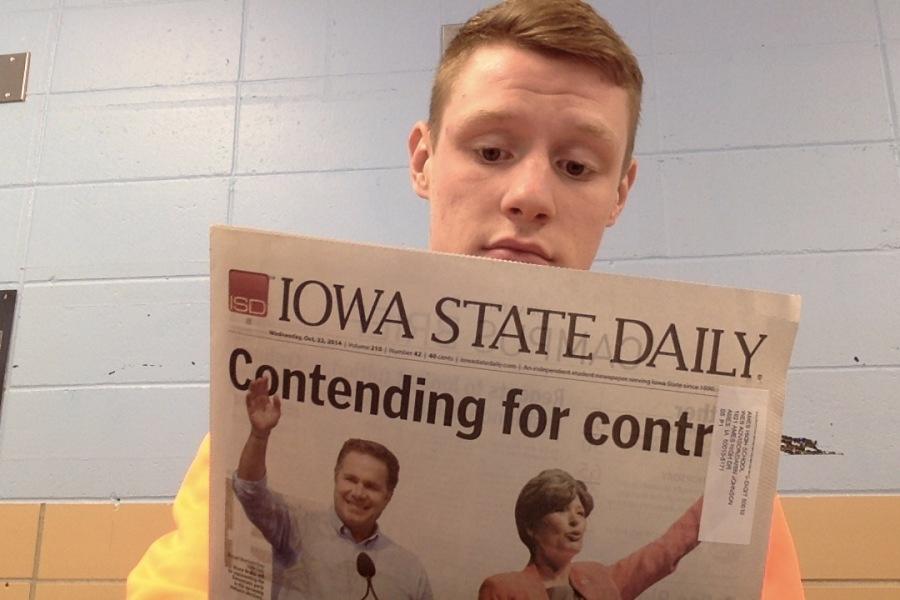 We all know that it’s upon us, and if you don’t know about the hotly contested Iowa Senate race or any other of the midterm elections that are going down at the moment, then you probably are perfectly content rooming with Patrick Star under that rock you inhabit.

Some of us Seniors will understand a bit more about this time than others will. Quite a few of us are currently wading through the last requirement of social studies credit here at AHS with our US Government course. Along with that comes learning all about the election process as well as the campaigning and politics behind it.

Last June I turned 18 years old, and now it is October and the voting spirit has fully descended upon me. Or maybe that is all the attack ads that I’m thinking of… either way, with election season coming up and my freshly printed voter registration card burning a hole in my pocket (figuratively speaking), I’ve talked to a lot of people about the vote that will take place on November 4 across all Iowa counties. I’ve heard a lot of views from a lot of different age groups. A common theme I seem to get is that if you aren’t informed about everything this election season, you needn’t show up at all. I think that this idea has some valid points but is flawed for basic reasons.

The fact is, no one can be totally and completely informed on what the best decisions and the best candidates are to receive the publics vote. What makes one person feel smart about their ballot decisions can make another person feel completely unsure. To say that someone makes the right decision when they are “completely informed” is absolutely unreasonable. And not throwing your hat in the ring because you’re afraid you’ll “mess up” is not the way to go about it. Nobody has ever said that the first election they voted in defined their political views for the rest of their lifetime. We can always learn from the “mistakes” we make, and a first vote is just that  an opportunity to learn from a possible “mistake”. That’s why, to say it’s unwise to vote when being a new voter and not knowing all the facts, is flat out un-American to me.

If we look at the last two years, there have been two major elections that we can look at to make sense of my point. One was the presidential election between incumbent President Obama and Republican Mitt Romney. The other was the National Indian General Election. The reason I mention it is because here in America, we have a bit of a poor voter turnout rate historically. In the 2012 election, we had a considerably high voter turnout rate of around 57%, while last year in India, they had an astounding 66% of eligible voters turnout and cast their ballot. That’s also incredible when you consider not only percentage but volume of voters. Here in America, we had a eligible voter population of 211 Million and had turnout of just over 121 Million people in 2012. India had nearly 815 Million people eligible to vote and nearly 23 Million of them were 18 and 19 years old. When you consider that India, a country with more than half of it’s 1.25 billion (that’s right, Billion with a B) citizens below the poverty line and a lot of those below it basically unaware/unable to vote because of their situation, it really does feel like Indian citizens understand and take on the role they hold in their government so much more than we do here in the States.

I understand that with our size of population here and knowing that many other people out there are going to go out and vote the same way or completely opposite as you, it can seem like just one vote won’t count as much as it feels like it should. However, that lack of apathy can be startling when you think of all the young people that can be influenced, like myself, by that absent state of mind.

My wish for you is this: go out and vote if you are able. If you know someone that doesn’t plan on voting this year but can, encourage them to anyways. It can sometimes be the difference in an election race, especially with the very tight one in Iowa right now. In the spirit of ‘Murica and the power that you hold in your government, it’s simple: Use your vote. Who knows? It could lead to some change that needs to transpire for the good of the Stars and Stripes.