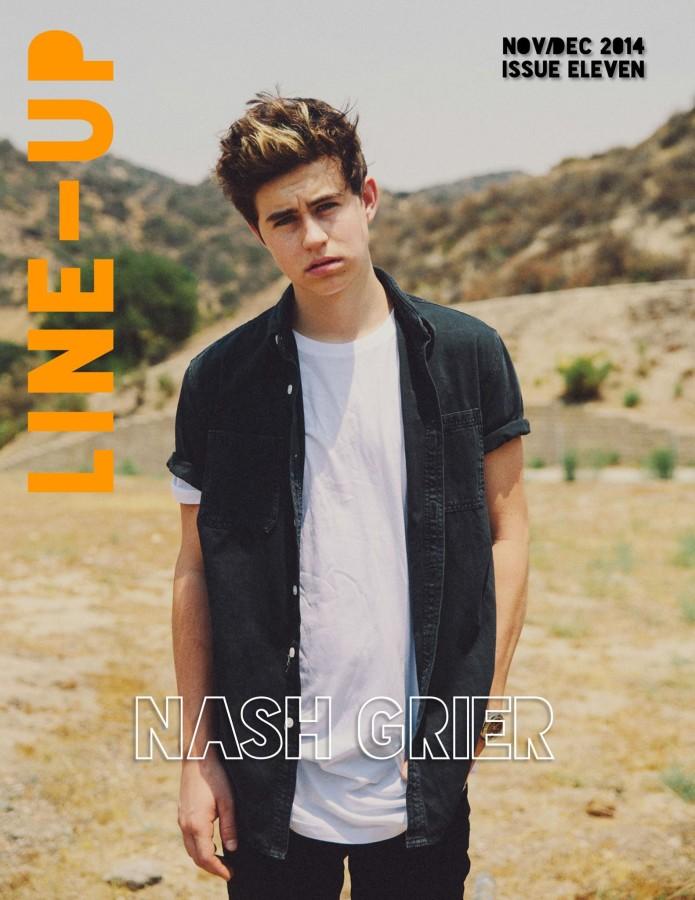 On a daily basis, the seventeen year old Grier seizes the masses of attention from his largely teenage girl following with just a few swipes and taps of his cell phone screen. His “humble beginnings” all started with creating just a few short 6 second videos a week that he posts on his Vine account that what lack in talent are abundant in relatability. He is now arguably “the most popular teen in the world,” amassing an estimated 9 Million dollar yearly salary that has resulted from his videos going viral. Young girls eat them up incessantly in part from their snap humor and quick action, as well as being easy to share on social media.

In a way, I respect Nash. He’s made a quick career for himself, and he’s worked (somewhat) for it. That being said, he’s someone that’s admired by a lot of young girls. This is a problem because Nash should not be a guy that is a role model.

Nash has run into many controversies ever since becoming a star of the internet, and none of them are at all flattering. When he was at about 8 Million followers on Vine, he posted a clip of a part of an OraQuick HIV test commercial which claimed that testing for the virus was “not a gay thing.” Nash then cut to himself claiming “Yes it is!” and shouting a derogatory term for homosexuals. Now, this is certainly not something I would want any child of mine to see from someone that she would potentially admire. It’s not even slightly discriminatory, it’s downright homophobic.

In my opinion, dealing with his crooked views on the LGBT community should be put on a hold compared to the bigger controversy that Nash has also faced. In December of 2013, Grier posted a video to his Youtube channel titled “What Guys Look for in Girls.” An immediate firestorm started over the video with many internet personalities, calling Grier out and asking him to take the video down (he eventually would) due to it’s sexist and demeaning nature.

In the video, Grier and two fellow social media stars JC Caylen and Cameron Dallas talk about what they like and (mostly) what they dislike in girls. Having an audience consisting mostly of young teen girls that already struggle with body image, the exposure Grier gave these girls in his video directly affected their psyche and influenced how they view themselves all the more. Unfortunately, because all they targeted were stereotypical beauty standards and “what girls need to do in order to attract boys,” it wasn’t for the better.

We live in a weird generation, one where fame can be found in a few months due to the beast of a thing known as the world wide web. Nash has emerged as just that: a product of the internet. He has a huge audience, and therefore he has a huge influence. He has no right to this influence based on what he’s done with it. I wouldn’t expect a lot from someone that has only just turned seventeen, but it’s disappointing and frightening to see just a kid with so much weight because the internet. I find myself asking the same question every time I hear about Grier: “Why do we make stupid people famous?”