A Note on Typing Notes 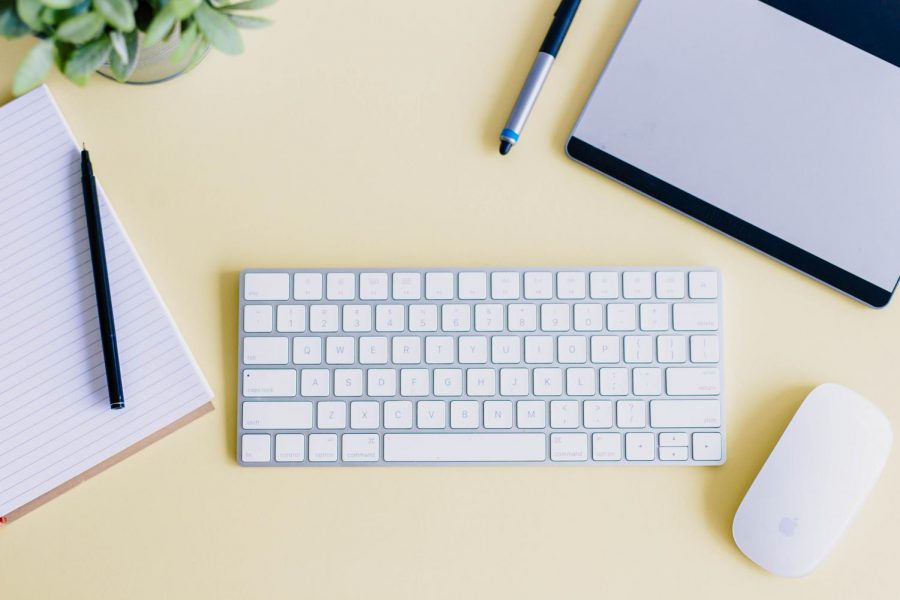 Image by Amy Hirschi and Pixabay

It’s always on one of those dense material days where it’s beneficial to write down everything taught in class. Before you have time to decide how to take notes, the script is recited: “studies show it’s better to handwrite your notes”- those against typing notes.

I’ve always preferred paper and pencil over typing anyways, so I was never monumentally phased by this yearly admonition. I have typed notes out of convenience, though. With each typed set of notes, I noticed a pattern; I could never conveniently relocate them physically or mentally.

Typing notes- is there any harm? I’ll draw up a scenario. Imagine you’re in class or listening to a lecture, youtube, etc. The topic of discussion is likely important to remember. You refer to your computer to quickly type up each word spoken. As you type these notes, there’s a good chance the notes are verbatim.

Word for word. I can say that of the few times I’ve typed notes, they’ve been verbatim (with quotation marks to avoid plagiarism). Verbatim isn’t always effective, though. Research shows that when one transcribes everything they hear, they don’t fully comprehend the material. When reviewing the information, those with typed verbatim notes remember and recite the exact words written rather than general concepts.

It’s true; studies DO show that it’s better to handwrite notes. Kudos to my elders that have droned on about this subject over the years. NPR references an experiment conducted on college students. One result was that longhand note-takers performed better than typers. Typing is typically faster but not necessarily worth it in the long run.

Rather than verbatim, generative note-taking is what to aim for, where there’s room for “summarising, paraphrasing, organising, concept and vocabulary mapping.” Actively writing out notes enables one to actively think and understand information as certain areas of the brain are fired up. Further, there are numerous possibilities opened. It’s you, a writing tool, and a blank sheet. Outline, draw, and format as you please without the hassle of changing the features on a google doc.

Paper is my preference, but there are replacements. Conveniently, the new Chromebooks the school distributed provide a stylus and notes feature [one being Keep Notes- found in the Play Store].  Those who own a tablet, iPad, or really any portable device are likely already familiar with the apps it offers; among those, typically a notes app. Just physically writing regardless of what is used is advantageous to typing.

Computers travel with most through their school journey. Leave the computer to what it does best: providing information and allowing one to type. Someday, handwriting may be considered ancient, but for the time being, do yourself a favor and handwrite your notes.