Guardians of the Galaxy: The Next Great Space Odyssey 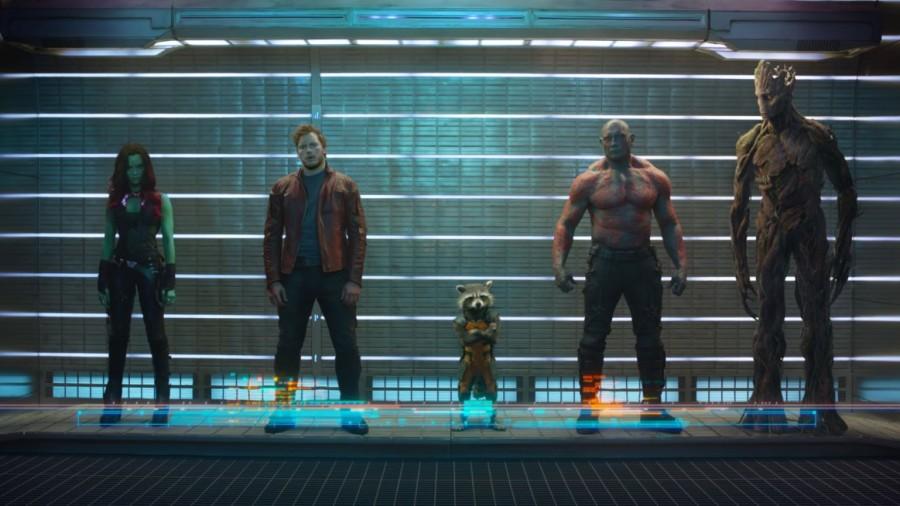 After Earth. Pacific Rim. The Hunger Games, The Giver, and The Maze Runner.  Dystopias and apocalypses are everywhere in our media, and sometimes they even infiltrate other genres, such as when HYDRA infiltrated SHIELD in Captain America: The Winter Soldier. They are inescapable.

However, just because dystopias and their pessimism are inescapable doesn’t mean we have to bow to them.

In Guardians of the Galaxy, the new Marvel space adventure, a message of hope is delivered, and everyone leaves the movie happier than before.

Imagine you’re on a planet called Xandar, walking along the pristine white roads lined by towering trees and sparkling fountains.  Wait! Look up in the sky! Is it a bird? Is it a plane? No! It’s a giant evil terrorist spaceship trying to blow up your entire planet! This is a job for some slightly inept outlaws with cool code names!

At the beginning of the movie, all characters (with the possible exception of Groot the tree) are outlaws and killers, complete with deep seated resentment against the society in general.  As the team’s bounty hunter, Rocket, put it “What has the galaxy ever done for you?” After learning the tragic backstories of the main team it turns out not a whole lot.

When it matters, however, the lovable antiheroes still stand up for what is right, and their initial enemies, the Nova Corps, stand with them.

The movie had the possibility to be cheesy to the point of no return, but it stays believable throughout the entire two hours.  The characters are true to life in whatever they do and it forces you, whether willing or not, to believe that since this movie is so true to life and hopeful the real world must be good and bright.

Even with the presence of shameful action movie cliches the world is good when viewed through the lense the Guardians provide.  Every possible trope the writers could think of, including the power walk and cool one liners, is picked on, and it isn’t limited to that. It could even be said that Guardians is simply a comedy pretending to be an action movie.

This jaunty new space odyssey is packed with action, laughs, and heartwarming moments, even if they come in an unorthodox package. If you enjoy sci-fi at all, Guardians of the Galaxy is a must see.