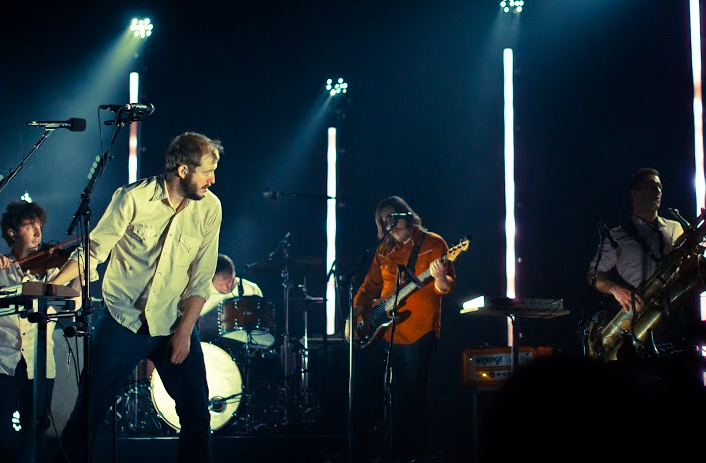 Katy Perry, Pitbull, and many other pop artists have songs full of uncomplicated lyrics and melodies. Lesser known ex-band Bon Iver challenges this prevailing ideology that music is soley made for a party. Bon Iver is known for soft harmonies, beautiful syllables, and the number of people who pronounce their name wrong.
Bon Iver (bon eevair) released this second album in 2011.
After breaking apart from his more folky-oriented band DeYarmond Edison, lead singer and founder Justin Vernon traveled to rural Wisconsin to write songs.
“I wanted to be where it was cold,” he said during an older interview online.
Many of the song lyrics are difficult to understand.
“Can’t you find a clue/When your eyes are all painted Sinatra blue,” from The Wolves and “And at once/I knew I was not magnificent” from Holocene don’t make sense right away, even in context. There are a million and one different ways these lyrics can be interpreted, and this makes listeners think. However, the complex sounds of his words and their seemingly randomness is where the power comes from.
Even after listening to the album Bon Iver, Bon Iver multiple times, I can always find something new with the meaning of his songs and lyrics (when I can understand what he’s saying). Each time, I find new inspiration, and not only in the lyrics, but in the small nuances of the chords.
Unlike a traditional 4 chord progression of most pop songs (I-V-VI-IV, chords characteristic in about just about any major pop song), the harmonies of Bon Iver’s songs are like floating on water or in the sky. It’s not elevator-music by any means, but it’s not music for lifting weights or something.
If you’ve become tired of hearing repetitive, shallow songs on the radio, Bon Iver might be worth a listen. They have a philosophical air and originality in tone and poetry. Even though their name is not authentic French, listening to some “Good winter” can give insight to those looking for inspiration.