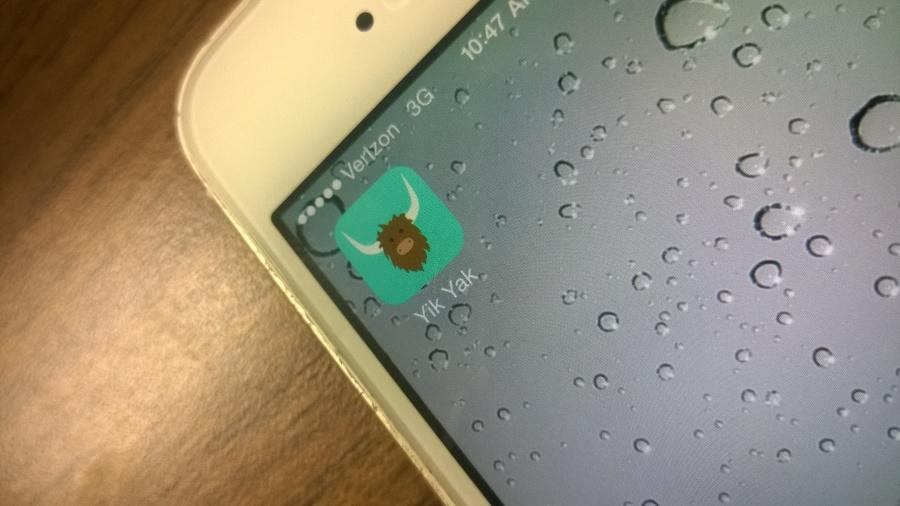 In an age where every mindless sheep in the herd feels the need to share its totally irrelevant two cents, social media is the perfect outlet. Countless “individuals” turn to Twitter, Facebook, and now Yik Yak to share their “novel thoughts” and “unique opinions.” This trend of deindividualization creates an obnoxious hivemind of tween “visionaries” sharing their “relatable” feelings. While the mundane junk of social media can largely be avoided by ignoring those who endlessly retweet and share unoriginal content, Yik Yak presents an entirely new challenge all together.

Yik Yak, launched in 2013, bases its business on the pillars of anonymity, proximity, and popularity. Users anonymously share their thoughts to those in the general area and wait for the response from the hivemind. Once a Yak has been submitted, nearby Yakkers can cast their vote of approval with an upvote, or downvote the submission to irrelevancy. This popularity contest results in an overwhelming amount of unfunny, unoriginal, and overused content ruling the feeds.

While the concept of Yik Yak may seem like a new spin on the media scene dominated by Twitter and Facebook, it truly is not. Countless sites, such as Reddit, have long incorporated the concept of upvoting and downvoting submissions. Additionally, apps such as Whisper and Chrends have been preaching this sort of anonymity for quite some time. Yes, the concept of Yik Yak is just as unoriginal and mind numbing as the submissions that fill its pages.

By promoting anonymous garbage, Yik Yak loses the true luster of social media. The novel opinions, unique accounts, and unpopular takes are the hidden gems online. It’s easy to recycle the same crowd-sourced jokes and topics hundreds of times, but there is a special sort of talent required in crafting unique, “weird” tweets or status updates. On sites like Twitter, these diamonds in the rough can be stumbled upon and appreciated for their novelty, as opposed to being buried under miles of crap on Yik Yak.

The obnoxious droning of Yakkers about their hate for cargo shorts, disdain for school, love for members of the opposite sex, and fear of Ebola can drive the average onlooker to monotonous madness. Today, we must take a stand against this mundane humor. Log on to Yik Yak, downvote all visible submissions, and create an atmosphere of utter chaos. With all submissions well below the threshold for visibility, Yik Yak will become an apparent ghost town. The masses of distraught tweens will have no choice but to return to their slightly less obnoxious Twitter and Instagram feeds – or better yet, go outside.