Hatred in our halls 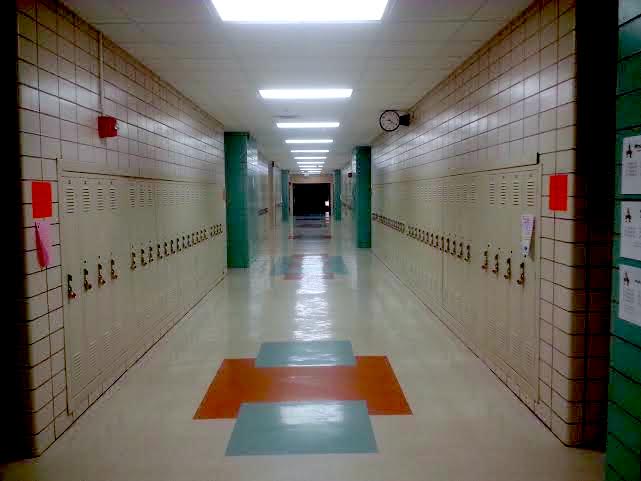 Hate. A weak word for a strong way of life. U. Acronym for you. Combined these two words express the most common feeling seen and understood everyday in the hallways of Ames High. Why do we hate everyone and everyone each other? It is the common attitude that spreads through students heart’s everyday. So what exactly fuels the hate that we all have burning inside of us?

The hallways? More like the shallow pits of Hell. Some of us are trying to get to our next class before we turn 80 so maybe people could try and pick up the pace a little. Also, I understand that some people have an undying love for their laptops, but that doesn’t mean that they need to type on them while they walk. If I am trying to enjoy the lovely voice of Beyonce in the hallway music, the last thing I want to do is walk past someone that is playing their own music. The nerve of those people. Why would a human ever want to ruin something so perfect by clashing it with something so awful?

We are basically here to advise you on how to live your life. You know when you’re casually in school and the lighting is really good (which rarely happens)? You then proceed to take your phone out and try to capture this good lighting with maybe a close pal or two. Suddenly a rush of people, very similar to a plague of locusts, tries to get in the pic. You get the biggest shock of your life. Not only are you at the brink of a heart attack, these uncultured savages have ruined the lighting, much like an eclipse (just less rare and more blinding). What was that for? @society. Why do you find a need to ruin everything I care for?

Another thing that we cannot stand for it when you’re sitting at a table of maybe three to four. You then proceed to do your normal thing, by taking out your phone and stalking people on twitter. Before you know it, much like the utter collapse of a bridge, you are cut off from the table and a mini ox bow lake is formed with the other people, as they continue a conversation without you. How disrespectful. I wasn’t planning on engaging in daily chitter chatter but how dare you. How dare you guys. I really do hate it when people talk to other people and not me. But then again, please don’t talk to me because I happen to hate that too.

The biggest thing that arouses hatred in the core of my soul is when people comment/reply before liking/fave-ing, my insta/tweet. WHAT IS THIS. WHAT IS SOCIETY EVOLVING INTO. This barbaric act is disgusting to say the least. In a society where the foundation of self-confidence is built with the steady bricks of faves and likes from various social medias, everything counts. Throughout school you are taught to raise you hand before speaking. This isnt a hard concept to master: Raise your hand and double tap my pic before speaking. Also most of the time the comments this animals make are especially dumb and irrelevant, most include “ you’re ugly” or the much more common “ew”. These basic comments are unacceptable. Before posting I was well aware of the extremely low quality of not only the picture itself but of my face too. There is no need to reassure that, who’s even laughing.

The awkwardness of life and of the typical high school student is actually outrageous. I am already forced to see people I would rather not see 5 days a week at school. I’m not trying to see those people outside of school too. If I go to Hy-Vee to and happen to see someone I know, the awkwardness ignites. Do I say hi? Will they say hi? Do I hide? There is no logical answer as a highschooler. I usually go with the casual eyebrow raise and maybe a smile if I’m feeling risky.

I hope these hateful awkward situations related to you in some way. And if they didn’t, they should of and you are not a true teenager. This is the raw truth. This is what fuels our hate.We aren’t pointing fingers specifically at some, we are pointing blame specifically at the whole human race. “We hate people” but we don’t hate you for reading this far into our article.