How Project Loon changed my stance on technology 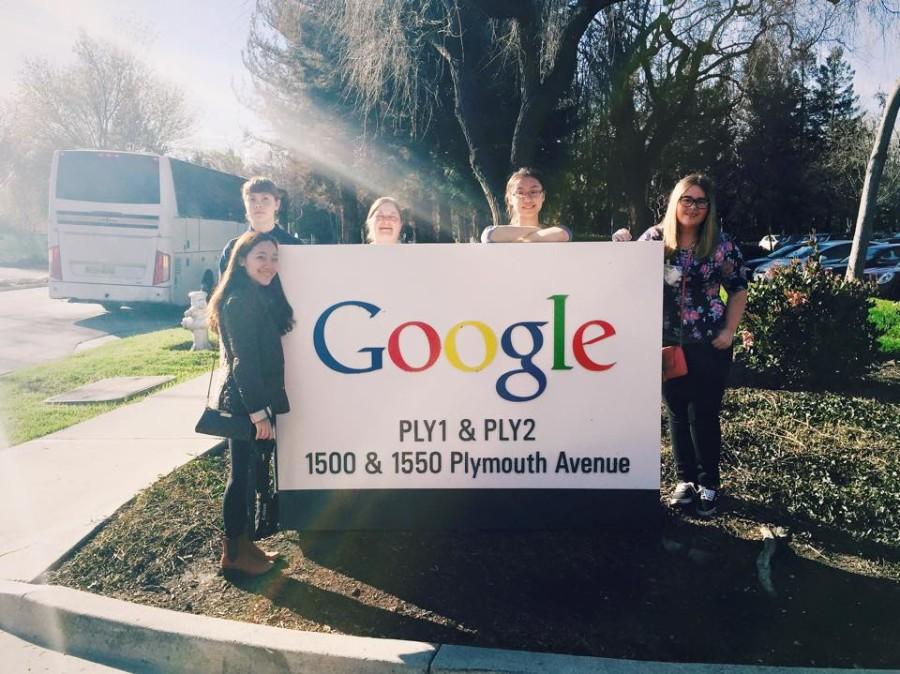 Recently I got the opportunity to travel to San Jose, California, also known as Silicon Valley and the birthplace of the technology age, for the annual American Association for the Advancement of Science (AAAS) and American Junior Academy of Science (AJAS) conference.

Though I was excited to meet and bond with renowned scientists from all over the world, I was ambivalent about the whole idea of touring Silicon Valley. To be honest, I have become a cynic about the technology age, despite my all-too-frequent use of the myriad of electronic gadgets that I possess. Perhaps it is my reluctant confession of being a tech addict that has caused me to become discouraged about the future of the technology age.

On February 12, I stepped outside of my hotel to soak the 72-degree weather with the delightful palm trees and the sunshine. Heading to Google Headquarters (also known as Googleplex), I was hesitant, as I felt like I was hypocritical of my personal philosophy on technology. After all, I was going to the headquarters where the most ubiquitous search engine was created.

I see the huge “Google” sign, and my innate tourist instincts automatically turn on. I take countless photos at the famous tourist location of Silicon Valley, riding the popular “Google bikes” all over Mountain View alongside Google’s self-driving cars. Tight security controls the entire headquarters, and the AJAS fellows simply have access to one of Google’s lounge space and presentation room.

Only minutes have been passed, and I reluctantly admit: I have become an all-too-sudden convert to the beauty of technology. Yes, the beauty. Technology aroused all of the fluffy emotions within me, for the first time ever.

So, what did the magic to move my apathetic being, Google? I introduce to you… Google X’s Project Loon. Now, before I discuss more about Google’s new project that deals with super awesome balloons, let me talk about Google X. Google X is a secret facility within Google not only dedicated to making major technological advancements but ultimately to revolutionizing society. Some of the projects they work on include Google’s self-driving car and Google contact lenses that monitor glucose in tears for diabetes patients. To sum it up, Google X creates the coveted products that we all have seen and wanted in spy movies.

Employees of the Google X team gave us a sneak peek of their new project: Project Loon. Google’s Project Loon delivers the mission of providing Internet access to everyone, especially those that live in rural areas, through balloons in the stratosphere. Many of us think of the Internet as a global community. But two-thirds of the world’s population does not yet have Internet access. Project Loon consists of a network of balloon designed to connect people in remote areas, help fill coverage gaps, and bring people back online after disasters.

These balloons float in the stratosphere, twice as high as airplanes and the weather. In the stratosphere, there are many layers of wind, and each layer of wind varies in direction and speed. Loon balloons go where they’re needed by rising or descending into a layer of wind blowing in the desired direction of travel. By partnering with telecommunications companies to share cellular spectrum, this project allows people to connect to the balloon network directly from their phones and other LTE-enabled devices. The signal is then passed across the balloon network and back down to the global Internet on Earth.

Think about it: a world where everyone will be connected, educated, and benefited. How beautiful is this? Those in their 40s and 50s who never even had access to primary school can finally learn how to read with this revolutionizing project.

Technology can impact lives for the better or worse in profound ways. It is through the productive and positive works of those like the Google X team who utilize innovation for the better of humanity. Through technological reform such as Project Loon, I have hope for tomorrow.

If you are more interested in Project Loon, check out this video: https://www.youtube.com/watch?v=m96tYpEk1Ao