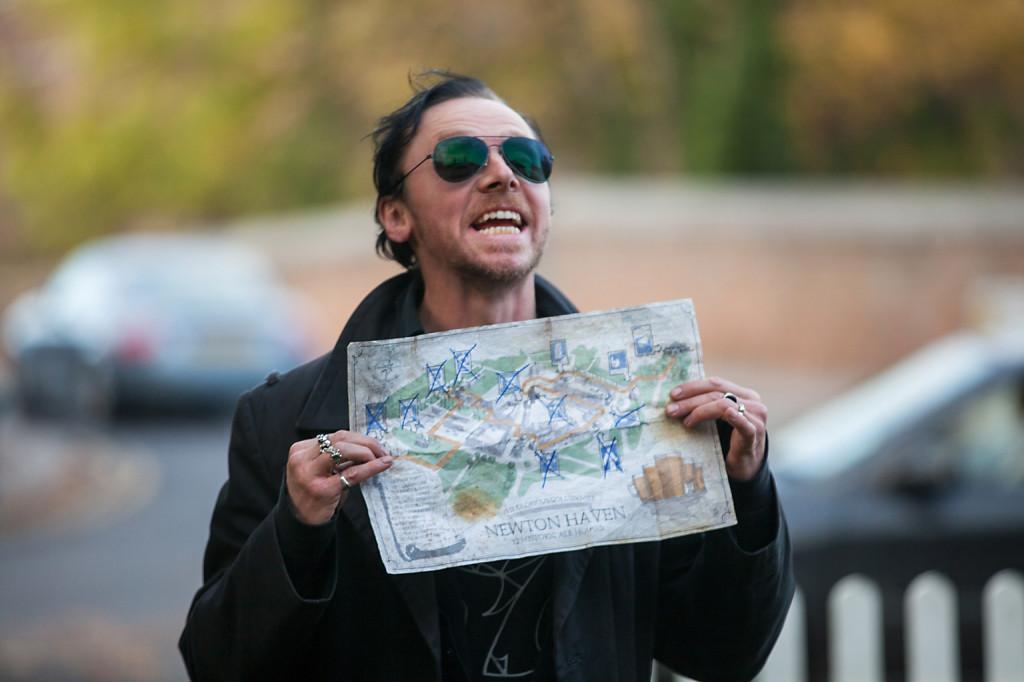 At some point we all have to leave the small town we grew up in. One wouldn’t expect this, however, to be the mixed with deadly robots, bar fights and aliens. It’s the subject of the final movie in the Cornetto Trilogy–Simon Pegg, Nick Frost, and Edgar Wright’s legendary series of films that blend humor and violence in a gloriously hilarious hybrid which has created one of the strongest fanbases of all time. The three movies are all linked by the cameo appearance of Cornetto ice cream, with a color corresponding to the subject of the movie.

The premise is fairly simple: a group of friends return to their hometown after moving to London to recreate a drunken misadventure they had after high school graduation. They attempt to cover the Golden Mile, twelve “legendary” pubs, organized by their immature leader, Gary “the King” King. The action starts when Gary is attacked in the bathroom by a robot disguised as a highschooler. His friends rush in and proceed to fight several more robots in one of the most funny and epic fight scenes of all time. They decide that the only way to survive the night is to continue the Golden Mile as though nothing happened.

It’s a fantastic concept and it’s executed well enough. Sticking to the fast, energetic feeling of Shaun of the Dead and Hot Fuzz, World’s End is a brilliant combination of action, sci-fi, party movie and comedy.

World’s End, however, requires serious suspension of disbelief. Like the previous two films, World’s End features an unexplained, deus ex machina ending. The special effects are adequate but unimpressive, but this could’ve been part of the parody. And, while it retains the familiarity of the Trilogy, it doesn’t add much that wasn’t already there. It even stoops to recycling a few jokes from Hot Fuzz, as though they’ve been so drained of creativity that they just regurgitate their old work.

All in all, World’s End is an end to what were undoubtedly a better two movies. It’s worth the admission price, but not much more than that. The gratuitous violence and off-color humor more than makes up for the meh-itude, but it’s hardly a fireworks show. World’s End, overall, is a brief intellectual distraction and a very good one at that. And for fans of the Trilogy, a neon green Cornetto wrapper makes the expected cameo appearance at the end.