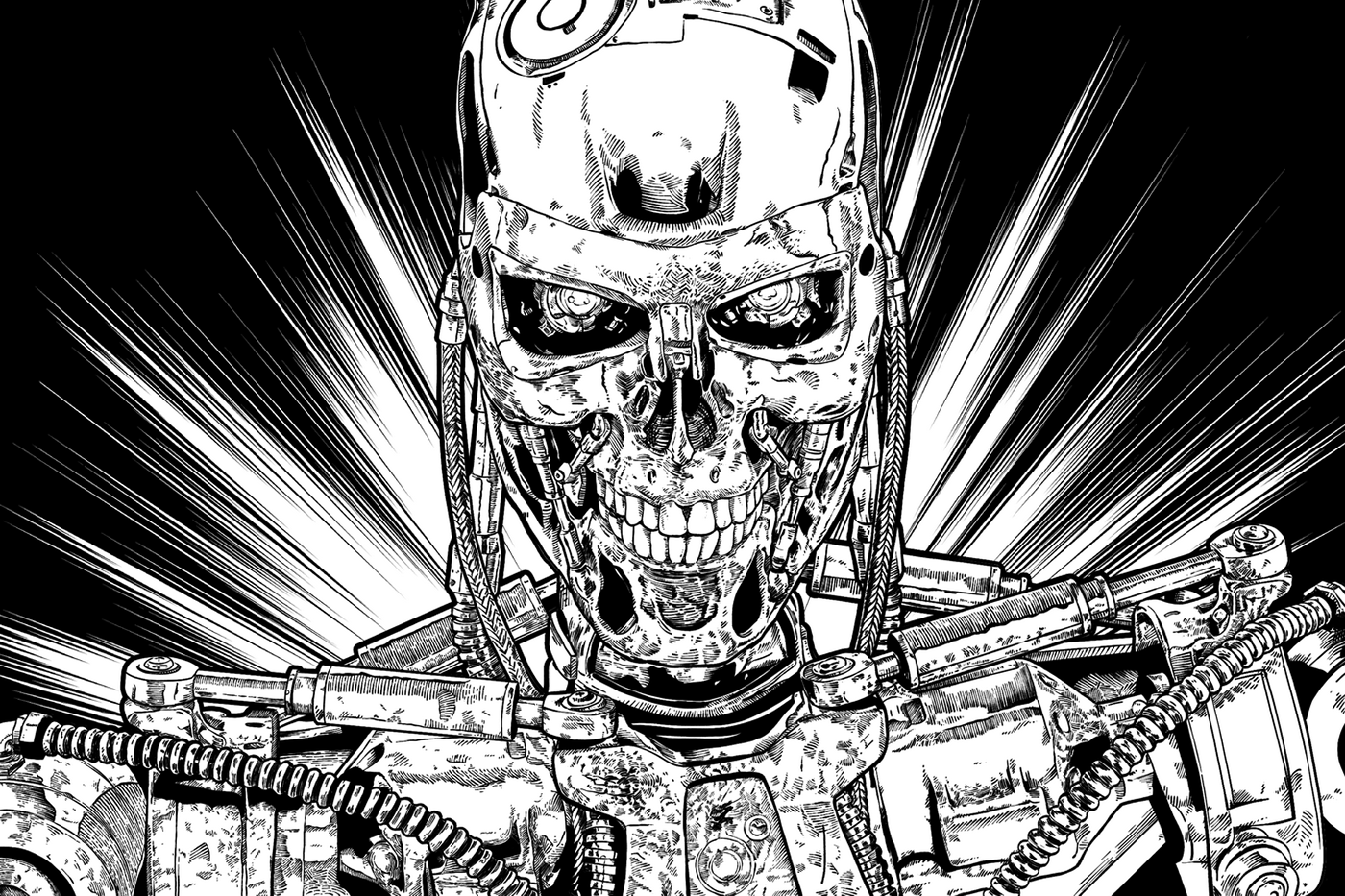 “Terminator again!” by Andy Veilski is licensed under CC BY-NC 4.0

“Terminator again!” by Andy Veilski is licensed under CC BY-NC 4.0

Is the Terminator Series Even Good Anymore?

I think it is safe to say that basically everyone alive knows the Terminator series. If you don’t, please feel free to leave this article and go read something else. For those of you that stayed, the Terminator series was a ground-breaking movie series that shaped the action and sci-fi genres.

The first Terminator movie has a 100% review on Rotten Tomatoes and over 80% from the people that reviewed the movie online. While some of the other movies might not have had such love, the series as a whole has undoubtedly changed the cinema experience for hundreds of viewers like myself.

Starting with The Terminator (1984), the only faults of this movie was its release date. The way that this movie was pulled together without the use of extreme CGI, the acting of the all loved Arnold Schwarzenegger, and the premise of the movie was unlike anything that had come out in that time. Making this movie was a huge risk for the producer and the company because these kinds of movies were not as simple to make as they are today. And even though having to act out almost all the scenes, the movie’s rewatchability is insane.

The movie does a great job of keeping all of the scenes interesting. Even parts of the movie that are just made to give background on characters were able to keep my attention through the entire movie. Lots of the shots that were taken for this movie were from pure acting and stunts done with real people. This gives a feeling of authenticity, knowing that all of the shots were made using hard work and effort on all of the crew members. Not just thrown together with a computer.

Sadly, we have to talk about the let down that is Terminator Genisys. It was some kind of a spinoff of the other movies and didn’t connect to the in the series.

Terminator movies have always been known to have good acting and a compelling story that really makes you think the events could actually happen and question how we as a society would deal with a robot invasion. That is why the first movie in the series was so iconic. But Genisys lacked all of the staple parts of a terminator film: The story was not very gripping, and the acting and cinematography were lackluster at best.

Finally comes the most recent: Terminator Dark Fate. It got a solid 71% rating overall, which is nothing to shoot for, this is a significant upgrade to almost everything before it. Every single movie besides the first and Judgment Day has gotten less than a 70% rating.

If I were to point out the parts that made the movie stand out more than the others, it would be the action scenes and the actual robots. You can not have a good terminator movie without some robots that inspire at least some fear into the audience. You want the robots to seem somewhat real, giving the viewers the thought that one day this might be the reality. Some of the movies previous to this really didn’t do a good job in this department. They did not have a large incentive or reason to do anything. But in this movie, the plot was explained and expanded upon at a much larger level compared to its relatives.

Dark fate does ignore some of the last few movies, stating that the timelines were different, so it’s not directly linked with some of the other movies. The plot is a little strange.

First, it took a different approach compared to the movies beforehand, giving one of the main roles in the entire thing to Linda Hamilton, who plays Sarah Conner throughout the series. Of course, Arnold made sure that he was still a large part of the movie, and could be a reason that the movie did so well. But the way that the movie was thought out and how the plot fell together worked extremely well with the amount of action that was packed into this 2 hour and 8-minute movie.

Starting out with a woman coming from the sky in a glowing blue orb, she stops a murder from happening, stating that she was from the future, and stopping this from happening is what changes the timeline. Doing this makes sure that she and the other humans have a chance against the terminators that are slowly on the rise without the public knowing. After large preparation, she and a group of other defenders fight against the robots, and the movie progresses. This movie might not have been the greatest in the series, but it shines compared to some of the other releases and deserves at least a little bit of credit.

Overall, the Terminator series is one of the best action/post-apocalyptic movie franchises that I have personally watched. I really like the idea of the killer robots trying to take over after becoming self-oriented. I think that this could very well happen in real life, and while we would not be able to defend ourselves as they do in the movie, it’s fun to be able to see what the big movie companies can pull off in this kind of scenario.

Some of the movies may have been flops, but the first and latest release were my personal favorites. I would highly recommend watching these movies if you are into futuristic action movies. Maybe not watching all of them, because that will take a lot of time, and they’re not all good, but at least watching one or two of them to get a feel for how the movies play out.