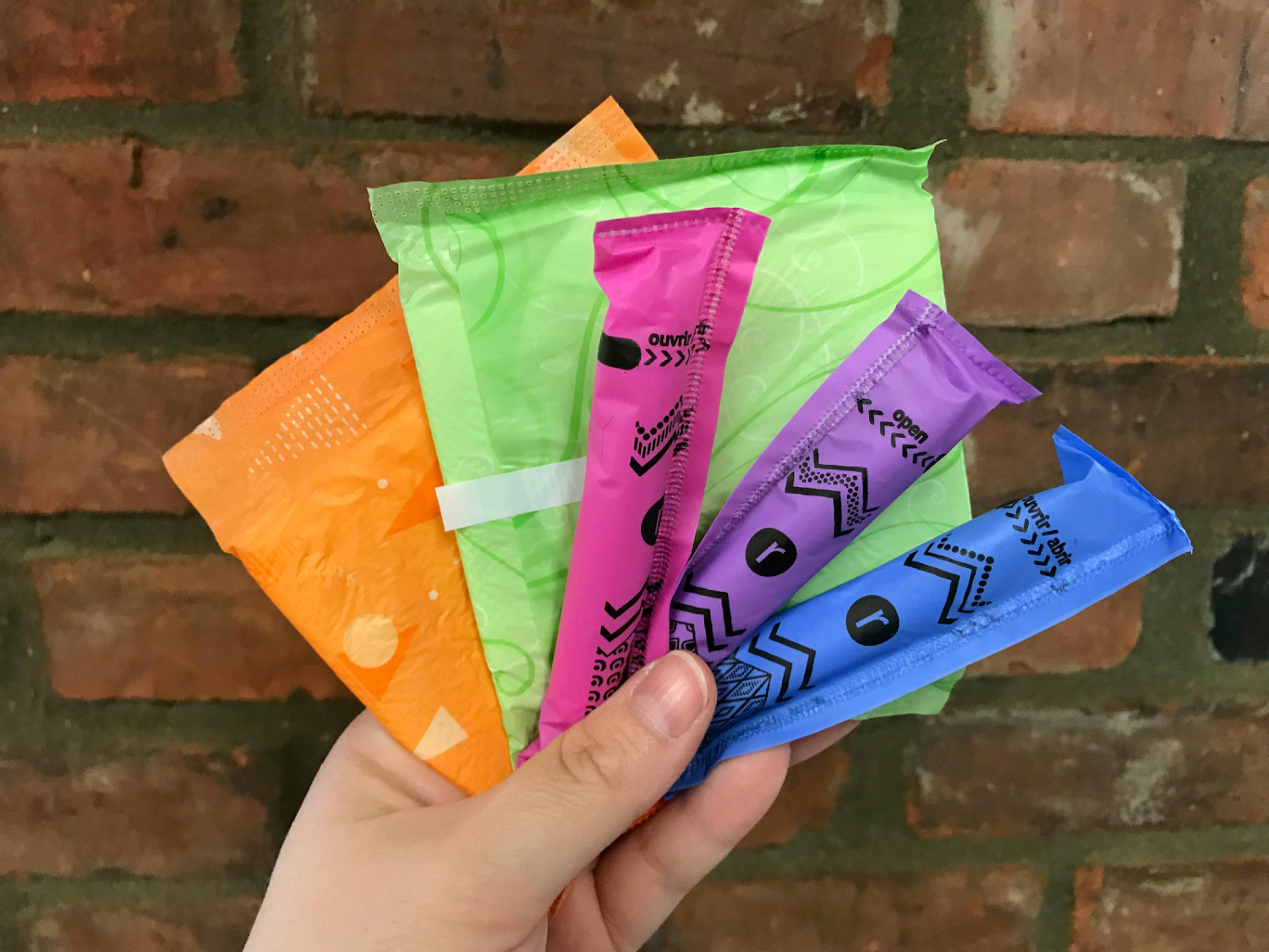 Imagine this: you’re sitting in study hall, when suddenly your friend whispers to you – “Do you have a tampon?” You say yes and discreetly, secretly, slide it to her. She walks to the bathroom with it up her sleeve to make sure nobody sees.

This is a scenario that every girl in our high school has experienced. Even in the U.S., there is a level of stigma around periods. When the norm is to not talk about them and react in a gross way when they’re brought up, it’s understandable that most people are uncomfortable with the topic.

However, there is a greater issue that has been overlooked because of this stigma: menstrual inequality. Also known as period poverty, it is the lack of access to sanitary products, reproductive education, and safe hygiene such as clean water and sewage, according to the New York Times. A lot of people in America do not have access to pads and tampons, and people in poverty are being disproportionately affected.

According to the United Nations Population Fund, the average woman will spend nearly 7 years of her life on her period (average of 2,535 days). The Huffington Post added up the amounts of money spent on tampons, pads, underwear, pain medicine, and birth control that the average American woman buys over a lifetime – and it added up to $18,171.

That’s a lot of money to spend on an unavoidable bodily function.

That amount puts a lot of strain on women who can’t afford the daily cost of menstrual products. According to the Washington Post, a few states have passed laws that say schools need to provide period products to students, “deeming them as essential as toilet paper”, but they say more work needs to be done. Which is true, because if an average box of 36 tampons costs $7, that would be just under 20¢ per tampon, so the school ones are actually more expensive at a quarter a piece.

But this is just in America. What about period poverty on a larger scale?

Globally, 2.3 billion people live without basic sanitation services, and in India only 12% of women who need them have access to sanitary products, according to UNICEF. Without pads and tampons, many people use old clothes, rags, or even sawdust. These materials are hazardous and can cause infections, and with no way to properly clean them, many women are reusing dirty rags and clothes, desperate for a way to manage their periods.

In developing countries worldwide, there is even more shame around periods. For cultural and sometimes religious reasons, menstruation all over the world has been treated as something dirty and wrong. As The Telegraph highlighted in a May 2018 article, stigma around periods is a major cause of gender inequality in the developing world. In Nepalese culture, menstruating women are seen as unclean and are banished to “menstrual huts” outside of the home so as to not “contaminate” others. Not only do traditions such as these enforce the stigma around periods, but they can be extremely dangerous and lead to many preventable female deaths.

Many girls feel embarrassed about them or are teased at school, and without proper access to the materials they need, they are forced to stay home while on their periods. According to UNESCO, girls in sub-Saharan Africa miss as much as 20 percent of school days because of menstruation. Girls in Sri Lanka, Pakistan, and Bangladesh also reported regularly missing school days every month. “Not going to school for one week every month will just cause a girl to drop out completely,” Ganna Omar said. This leads to a decrease in girls finishing school, and “it is detrimental to societies when an entire half of their population is uneducated.”

It’s important for everyone to be involved in the conversation. When women are empowered, it positively affects everybody in society, not just women”

Senior Ganna Omar has a lot of background information on this issue. She is the president and founder of the Ames High chapter of the club Girl Up. It is an initiative of the United Nations Foundation, and it strives to provide solutions to period poverty and more broadly, gender inequality all over the world. It is an international club run exclusively by high school and college-age girls.

Its main goal is to provide education, health necessities, safe environments, and empowerment to women, especially in certain developing countries. “We focus more on countries including Uganda, Guatemala, India, and Liberia because women in those countries are at a much bigger disadvantage,” Omar said. They not only want to help provide women with things they need, but also build leadership qualities in them that will empower them to thrive.

In order to bring about this change, Girl Up raises awareness about women’s issues and focuses on making them a regular topic in conversation. “It might be weird to talk to your family and friends about periods for example, but it’s important,” Omar said. They also advocate for girls overseas by trying to pass legislation to help them create healthy and educating environments. And lastly, they fundraise money to send to the women and communities that need it.

The Ames High chapter is currently working on three main goals. The first one is fundraising to help women have safe places to live free from gender based violence. They have an online portal to raise money for programs that keep girls safe in developing countries, which can be found at: https://fundraise.unfoundation.org/team/258953

They also launched an “amplify her” campaign that encourages people to tell their stories through creative outlets and have a safe space to talk about issues important to them. Lastly, they are trying to help pass the “keeping girls in schools act”, which is part of the UN’s global education first initiative. They focus on talking to politicians about supporting the act, and are hoping to start monthly letter-writing meetings for members of Girl Up to help.

Girl Up meets every Monday after school in Mrs Engelkes’ room (226), and they’re looking to grow! They also have an instagram: “ahs.girl.up”.

“I want people to know that girl up is not just for girls,” Omar said. “It’s important for everyone to be involved in the conversation. When women are empowered, it positively affects everybody in society, not just women.”