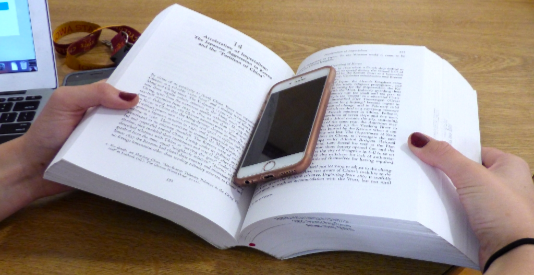 Senior Caroline Paxton eagerly flips to the next page of her classic novel. A single light flickers above her, intermittently dancing onto the pages. Paxton, a bibliophile, is already invested in the plot of this novel and disregards the light. Sadly, Paxton and her love of the written word are both anomalies in our generation.

In the age of technology, many students have turned from the feel of papyrus between their fingers to the smooth metal of the newest Apple product. According to Common Sense Media, reading rates decline as kids get older, and have been declining for thirty years. They reported that 53% of 8 year-olds read for fun daily as opposed to only 19% of 17 year-olds. 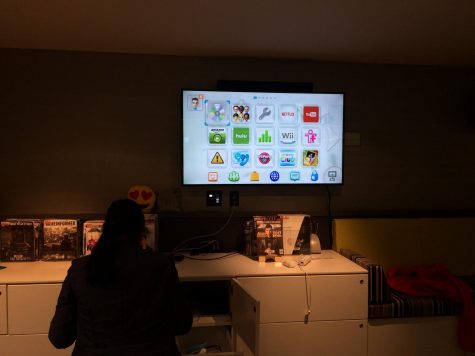 There are numerous factors that contribute to why students no longer read for pleasure. Perhaps, students are overwhelmed with the amounts of assigned reading they already receive in their classes. Some students lack a deep understanding for what they are reading and therefore become uninterested. Either way, this rising trend presents a growing problem in younger generations.

English teachers at Ames High have attempted to tackle this issue by giving students more choice in what they read and by giving students time to read in class during the week, however, there are still students who don’t actively participate.

“[Students] say that they hate reading but most of them can’t remember the last thing they read.” said AHS English teacher, James Webb. 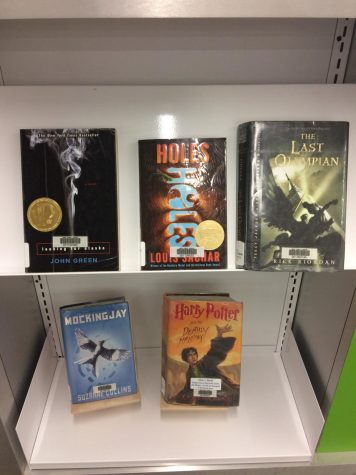 Many students claim to have enjoyed series such as Harry Potter, the Hunger Games, or Twilight in their youth, yet, in adolescence, these same students have been bombarded with a multitude of distractions such as phones, friends, and jobs. These all prevent them from reading for fun.

“The culture is so digital that it’s all about immediate gratification,” said Webb. “When Harry Potter came out, people would stay up to finish reading it but now people stay up all night to finish watching Stranger Things.”

Some students argue that they are simply too busy to read, claiming that they are involved in extracurriculars and other time-consuming school work.

Tanvi Rastogi, a teen librarian at the Ames Public Library, agreed with this sentiment, explaining that increasing external pressure to achieve gets in the way of students’ free time, and ultimately, reading time.

“There is a lot of pressure to get into college. I see some kids who I know probably normally would read, but they’re studying already for ACTs and SATs and trying to fill up their schedules with extracurriculars because they know in a couple years they’re going to be applying to college,” said Rastogi.

In rebuttal to Rastogi’s statement, Paxton finds reading to be a welcome escape through which she can worry about the problems of others rather than her own.

For those who know Paxton and have witnessed her remarkable reading tendencies, it may come as a surprise that her love for reading only blossomed  when she was in middle school.

“I got a Goodreads account… and I subscribed to a bunch of BookTubers, and that was when I realized just how much there was to read and how easy it was to find something specific to my interests,” said Paxton. “I think the main problem for a lot of people is just finding something to read. Once you have a constant stream of perfectly tailored recommendations, it’s almost hard not to read.”

Her colossal feat seems wildly out of reach for most students, but Paxton reveals it takes more than just discipline to reach such goals.

“[M]ake sure you like what you’re reading. If you feel like you have to force yourself through a book, you’re never going to make time for it,” Paxton said.

One big factor in the decline of reading for pleasure is students feeling like they have no time to read or becoming burned out after hours of reading for classes.

55% of Ames High students polled said they enjoyed reading. Two of the most popular rationales of the remaining 45%, who claimed to read some or not at all, included having too much homework or not enough free time, and being stuck with books that weren’t interesting.

“I usually enjoy reading, but sometimes if I have had a ton of homework and am feeling brain dead, the last thing I want to do is read more,” one student said.

“I don’t have the free time to read a book,” said another.

Paxton tries hard to fight possible excuses when it comes to lacking time to read. “I take a book everywhere. I [make] sure to buy a purse that can fit a large book. There are so many times when you have a spare five minutes. Every time I’m waiting in a line, I’m reading a book. If I’m in class and I finish a test or assignment, I’m reading a book,” said Paxton.

Other students argue that they can’t find a novel that they truly enjoy. This is plausible, not everyone can relish in the dark, Russian prose of Dostoyevsky. For this reason, it is clear that students need more access to books that they enjoy.

“Some books are just not enjoyable.” an unnamed AHS student said.

Some argue that with such an effective library system, Ames students have an abounding access to a variety of great works of literature. There are flaws to this argument, however.

Students who walk into the public library that are not accustomed to the system or know books and genres that they enjoy are often discouraged because of the overwhelming amount of books to consume.

On her visits to the middle school, Rastogi has found it beneficial to read to the students so they have a reference of some material they may like.

“I always read a couple of pages or a chapter of one or two of the books that I bring. [E]very kid reads those ones because [they are] hearing it and [I’m] doing part of the work for them. Their circulation sky rockets and they end up buying way more copies, versus if the kids had to find those on their own, they probably wouldn’t have,” said Rastogi. “You love it, and you share that love with them and they pick up on that excitement.”

Another argument, believably, is that adolescents find books intimidating. Sure, it is scary to look at the multiple volumes of Marcel Proust’s In Search of Lost Time and wonder, “I have to read ALL of that?”

At the same time, students should be shown the enrichment and fulfillment they can gain from tackling a long and difficult novel.

Many students surveyed claim to hardly ever read, and chose “Netflix” and “watching TV” as preferred alternatives. Paxton believes using electronics is perfectly fine as long as students also make time to read, as reading offers many benefits that social media and technology can’t provide.

“The actors and directors do all the work for you with TV and movies,” said Paxton. “With reading, your brain is creating all the images and interpreting the tone of voice that characters use.”

“The difference and use of language is shocking.” Webb said. “There’s a major simplification of language and grammar from previous years. It’s not modeled for [students] on social media and people will write the way they read.”

Jerri Heid, Youth Services Manager at the Ames Public Library, believes that devices are fighting for students’ time to read. Taking away that necessary time does not make reading a priority, when it should be something inherent.

Growing up on the east coast, Rastogi saw people reading as they rode on the subway. “If it’s just part of everyday life, then kids will read, if they don’t see people reading then they’re not going to,” said Rastogi. “That’s part of how you create readers, just seeing it happen.”