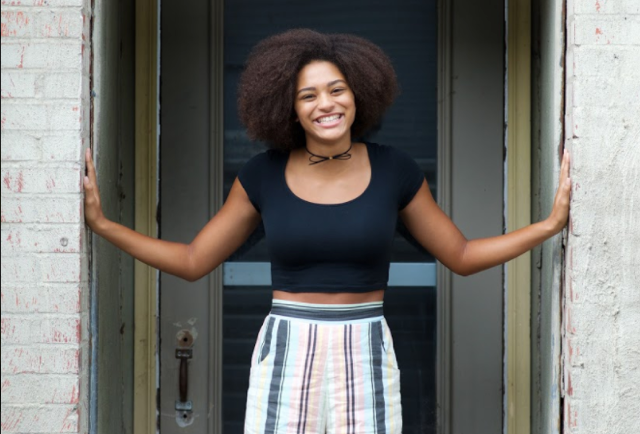 Senior Isabel Ingram walks to her seat, as she sets her stuff down and sits down, she exchanges small talk with those around her. The previous night she had straightened her hair.

A staff member approaches her, proclaiming in a clear, cheerful tone, plenty loud to resonate throughout the classroom, “Hey you know what your hair reminds me of? One of those trolls from that new movie, you know?” The film the staff member is referring to is Dreamworks 2016 movie Trolls.

“I know they don’t mean to do it, but it’s so systemic that it’s an issue,” Isabel said. “It’s a lot of feeling inferior.”

Occurrences like this one add up and take a toll, she said. As a person of color, Isabel said that she has to constantly deal with comments that make her feel as though there is something wrong with her, or that her hair or skin color is not normal.

It is instances such as these that have motivated Isabel to shift some of her energy away from school and towards advocating for equality.

“You have to do something other than your schoolwork to find yourself,” Isabel said. She has taken this to heart, heading Students Advancing Civil Rights Education (SACRE) and being involved in Youth Participatory Action Research (YPAR), Youth Diversity Inclusion Club, Student Council, and Feminist Club.

You have to do something other than your schoolwork to find yourself.”

She is also a four year varsity letter runner in track, competing in hurdles and high jump. Isabel has won numerous events during the regular season, but has yet to win at state or Drake. She hopes this year that might change.

“[Track] has taught me a lot about who I am as a person,” Isabel said. “Athletics, you can see a lot of inequities there, and it’s not fair a lot and I have kind of found my voice through that.”

This voice she said she had found has helped her in her numerous clubs. In YPAR, minority students research local issues relating to students and present about them to the teaching staff.

Isabel’s personal research has been focused around inequity in the athletic department and AP Classes at Ames High. YDIC put together the inclusion video released in early January.

Isabel is perhaps most well known for being a leader of SACRE. This club meets Fridays during plus period, and despite its status as a new club, it has an average weekly meeting attendance of 90.

“Last year in track I was injured for 5 weeks and it was really frustrating to see everyone continue to run and I was just stuck there,” Isabel said. “[It] really motivated me throughout everything I do. You can’t just wait. You’ve got to take care of it when you can. Take care of it while you can.”

This mentality has propelled SACRE into a wave of productivity. In one semester the club has put together a variety of projects including emphasizing black history month through a series of events and decorations and starting the Minority Mentoring Program (MMP).

MMP brings high school students to spend time with minority kids at Fellows Elementary School and teach them about race and how to claim an identity. Isabel stressed the importance of this outreach.

She explained that it is critical to teach minority children from a young age so they don’t grow up feeling inferior.

She also said that  the benefit of MMP is being with other people who are like you and can relate to your experience.

“As a black person you want to get out where there are more black people because you’re kind of sick of the injustice, feeling isolated, not good enough, and it’s irritating,” Isabel said.

This desire for a refuge from injustice has Isabel’s heart set on the historically black university of Howard, she said

“I think some people just want a break and that is why I want to go to a [historically black university]because I just want a break,” said Isabel. She said that she needs the break so she can get an education and feel rejuvenated to get back to tackling injustice after college.

“I just want to devote my life to helping others in that way and creating equality, creating equity.”